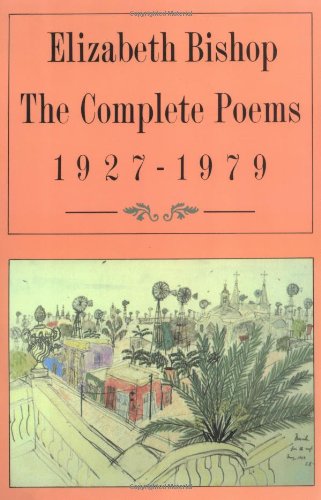 This is the definitive edition of one of America's greatest poets, increasingly recognised as one of the greatest English-language poets of the 20th century, loved by readers and poets alike. This collection includes her four published volumes, fifty uncollected works, and translation of Octavio Paz, Max Jacob and others. Bishop's poems combine humour and sadness, pain and acceptance, and observe nature and lives in perfect miniaturist close-up. The themes central to her poetry are geography and landscape (from New England, where she grew up, to Brazil and Florida where she later lived), human connection with the natural world, questions of knowledge and perception, and the ability or inability of form to control chaos. Her father died when she was one, her mother was committed to a mental hospital when Elizabeth was five, and her life was often psychologically or physically difficult. She was witty and shunned self-pity, but some poems thinly conceal her estrangements as a woman, a lesbian, an orphan, a geographically rootless traveler, a frequently hospitalized asthmatic, and a sufferer of depression and alcoholism. 'I'm not interested in big-scale work as such,' she once told Lowell. 'Something needn't be large to be good.' 'When we read her, we enter the classical serenity of a new country' Robert Lowell 'If ever there was a poet whose every scrap of writing should be in print, that poet must be Elizabeth Bishop' Christopher Reid

The 358th greatest fiction book of all time