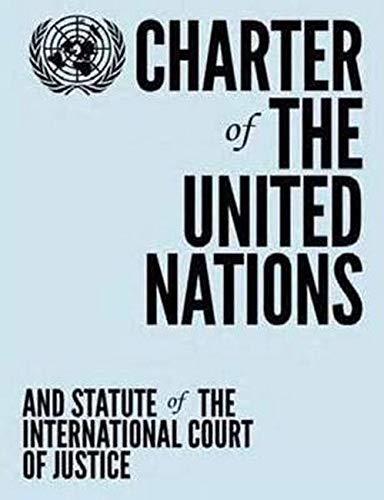 The Charter of the United Nations (also known as the UN Charter) of 1945 is the foundational treaty of the United Nations, an intergovernmental organization. The UN Charter articulated a commitment to uphold human rights of citizens and outlined a broad set of principles relating to achieving ‘higher standards of living’, addressing ‘economic, social, health, and related problems,’ and ‘universal respect for, and observance of, human rights and fundamental freedoms for all without distinction as to race, sex, language, or religion.’ As a charter, it is a constituent treaty, and all members are bound by its articles. Furthermore, Article 103 of the Charter states that obligations to the United Nations prevail over all other treaty obligations.The Charter was discussed in detail during the San Francisco Conference starting on 25 April 1945, and was opened for signature on 26 June 1945. It was signed at the San Francisco War Memorial and Performing Arts Center in San Francisco, United States, by 50 of the 51 original member countries (Poland, the other original member, which was not represented at the conference, signed it two months later). It entered into force on 24 October 1945, after being ratified by the original five permanent members of the United Nations Security Council—the Republic of China (after 1949, located in Taiwan and was replaced on 25 October 1971 by the People's Republic of China), the Provisional Government of the French Republic (later replaced by the Fourth Republic and then the Fifth Republic), the Union of Soviet Socialist Republics (later replaced by the Russian Federation), the United Kingdom, and the United States—and a majority of the other signatories. In the meantime, the atomic bombings of Hiroshima and Nagasaki took place on 6 and 9 August, respectively; the introduction of this new weapon of warfare completely changed the security environment in which the UN Charter was promulgated. Most countries in the world have now ratified the Charter. 24 October was later declared as United Nations Day by the United Nations General Assembly.

The 381st greatest nonfiction book of all time